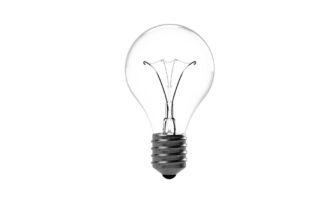 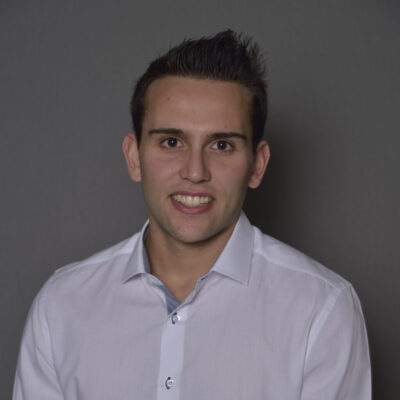 Barry completed his undergraduate degree in pharmaceutical and industrial chemistry at the University of Limerick in 2016. He then completed his PhD titled “Control of solid-state pharmaceuticals using supercritical fluid technology” in 2020. He is now working in the Padrela research group to develop the science and engineering on the control of nucleation and crystallization of pharmaceutical nanoparticles from solutions using molecular additives, by combining anti-solvent supersaturation/nucleation, spray atomization/drying and fluidized bed coating into a single continuous scalable process. 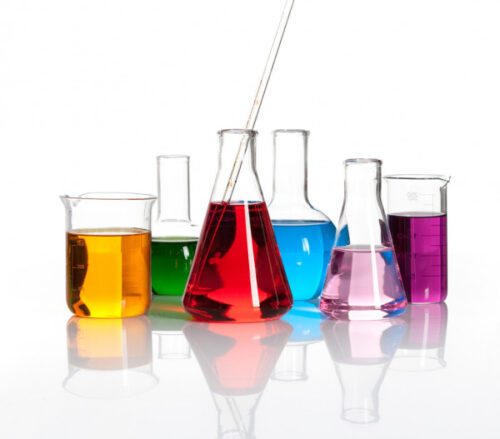 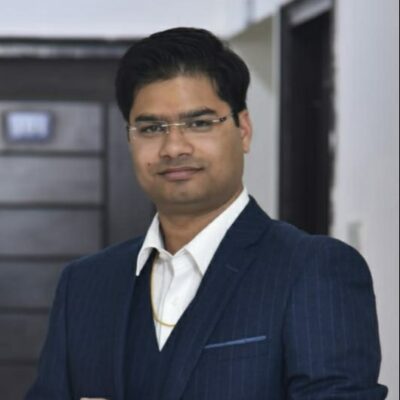 I have completed my PhD in October 2014, under the auspices of the Synthesis and Solid State Pharmaceutical Centre at the University of Limerick (UL). My PhD was focused on the heterogeneous nucleation of active pharmaceutical ingredients (APIs) in the presence of excipients, and has been conducted under the primary supervision of Professor Kieran Hodnett, with, Dr Sarah Hudson and Peter Davern, acting as co-supervisors. I have also carried out a very successful postgraduate industry placement with ‘FMC International’ in Ireland during which I developed a new analytical method for real time monitoring of silica precipitation onto MCC replacing method which require over 24 hrs to return the results to the production unit. In addition to my scientific contributions, I was awarded with the British Oxygen Company Bursary by the Department of Chemical Sciences here at UL for 2017. This award recognises general contribution the teaching, outreach and research mission of the department. In addition, I was a Munster heat winner (amongst three finalists) for ‘All Ireland Thesis-in-3’competition, where I presented my research to the general audience in simple words.  For the last two year’s I has been an employee within the Department of Chemical Sciences at UL working as a Post-doctoral researcher with Dr Luis Padrela and Professor Kevin M. Ryan. My current project is a Commercialisation grant funded by the Enterprise Ireland, focussing on the continuous production and isolation of pharmaceutical nanoparticles. 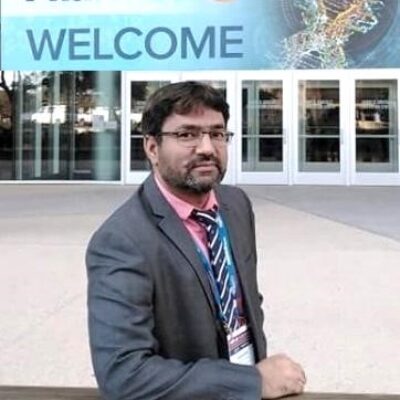 Shahzeb Khan earned his first degree in Pharmaceutical Sciences; B.Pharm (Hons) from the Faculty of Pharmacy, Gomal University DI Khan Pakistan in 2005 with distinction. After a career in multinational pharmaceutical Industry; Sanofi Aventis, Khan completed his M.Phil/PhD from the School of Pharmacy University of Bradford UK in 2012. He worked with Professor Jamshed Anwar, Marcel de Matas and Prof Peter York. During his PhD studies, Khan investigated a low energy anti-solvent crystallization method for fabrication of stable Drug Nanocrystals. The choice of crystal growth inhibitors/stabilizers was found to be critical and specific for each drug. He also optimized process parameters for nanocrystals of different model drug compounds. More than 90% of the APIs in different dosage forms are in solid form, therefore Khan for the first time developed the method for isolation of Nanocrystals using carrier particles. He also focused on the investigation of Secondary Crystal Nucleation and found that small amount of the seed crystals can boost up the sec crystal nucleation process. In parallel, Khan also coupled computational approaches for underpinning molecular level investigation of polymers and drug nanocrystals interaction at the interfaces. In addition, he also employed coarse grained modelling tool for investigation of nanocrystals formation in polymeric medium. Phase transformation of APIs has been an imperative issue and Khan employed MD simulation for investigation of phase transition both in Bulk and Nanocrystals. Dr Khan has also spent one year as a Fulbright Postdoctoral Fellow at the College of Pharmacy, University of Texas at Austin USA and worked with Prof Hugh Smyth. During his Postdoc, Dr Khan worked on the development multidrug cocrystals/Nanococrystals using Microfluidics and SHAPE technologies. Dr Khan has more than 17 years of teaching and research experience in different countries including UK, USA, Malaysia, South Africa and Pakistan. Dr Khan has also got other prestigious research fellowships including TWAS-NRF and CAS to South Africa and China respectively. Dr Khan has recently joined Dr Luis Padrela and Prof Kevin Research group as a Postdoctoral fellow and he will mainly focus on the continuous production and isolation of pharmaceutical nanocrystals using novel supercritical fluid technology. 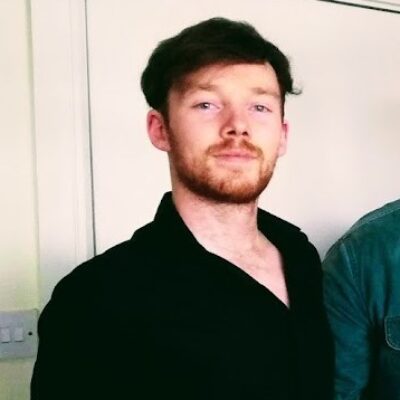 Aaron graduated with a first class honors, Bachelor of Science degree in Industrial Biochemistry from the University of Limerick in 2020. He is currently completing a PhD titled; “Nanocrystallization of Active Pharmaceutical Ingredients using Supercritical Fluid Technology” under the supervision of Professor Kevin M. Ryan and Dr Luis Padrela. Aaron is working in SSPC (Science Foundation Ireland Research Centre for Pharmaceuticals) within the University of Limerick to generate data on the nucleation, crystal growth and molecular dynamic modelling of the selected class of APIs during batch and continuous supercritical assisted crystallization methods for the generation of micro- and nanoparticles. This project aims to contribute towards the ever-increasing need to develop novel nano/crystallization methods to produce micro- and nanoparticles of APIs with the desired physicochemical properties and polymorphic purity, and to develop computational modelling approaches which would allow rationalization towards ultimately predicting the influence of distinct additives/polymers on the outcome of (nano)crystallization processes. 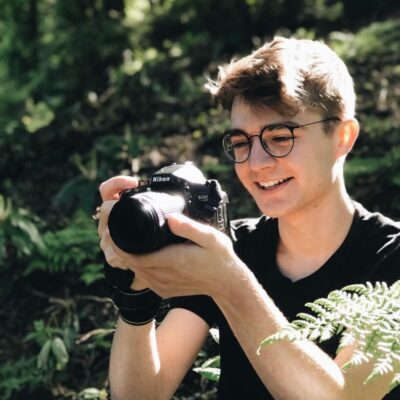 Fidel completed his undergraduate degree in Nanoscience and Nanotechnology at the Universitat Autònoma de Barcelona in 2018. He then completed his master degree in Nanomedicine at Swansea University in 2019. He is now working in his industrial PhD (Marie Skłodowska-Curie actions) titled “Single-Step Nucleation, Crystallization And Formulation Of Aqueous Crystal Injectable Nanosuspensions With Long-Acting Activity Using Supercritical Antisolvent Assisted Spray Drying”. He is working in the SSPC (Science Foundation Ireland Research Centre for Pharmaceuticals) at the University of Limerick. His PhD is part of the LongActNow project and it will also take place in Janssen Pharmaceuticals (Belgium) and Trinity Collage of Dublin. The goal of his project is to produce an injectable suspension of an active pharmaceutical ingredient (API) which can continue to release the API for a specific time and is biocompatible with the body. 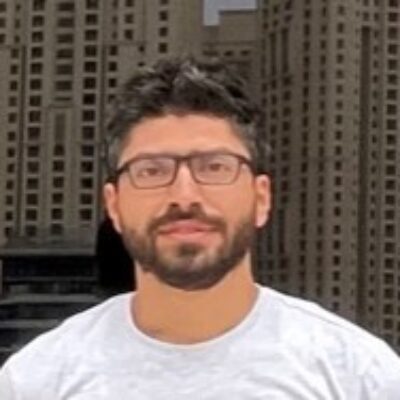 Mohamad completed his undergraduate degree in Mechanical Engineering at Beirut Arab University in in 2012. He then completed his Master’s degree in Mechanical Engineering at the American University of Beirut where he worked for two years as a Research Engineer. His research during that period was focused on aerosol dynamics to address Environmental and Public Health problems. This included modeling, experimentation, and sampling on atmospheric applications as well as human-inhaled aerosol applications. Mohamad then joined Dar Group, a multinational consultancy firm, as a Mechanical Design Engineer where he later served as a Project Engineer and worked on multiple large-scale Environmental and Infrastructure-related projects. In 2021, he joined UL to pursue his PhD studies in Process Engineering and is now part of the SFI Research Center for Pharmaceuticals (SSPC). In SSPC, and as part of Dr. Luis Padrela’s research group, Mohamad is working on the enhancement of supercritical assisted-particle production techniques by applying Computational Fluid Dynamics (CFD) modeling in parallel to experimentation. His work is part of the collective efforts meant to help the pharmaceutical industry gain better understanding on the particle production processes leading to better manufacturing efficiency and enhanced bioavailability of produced medicines. 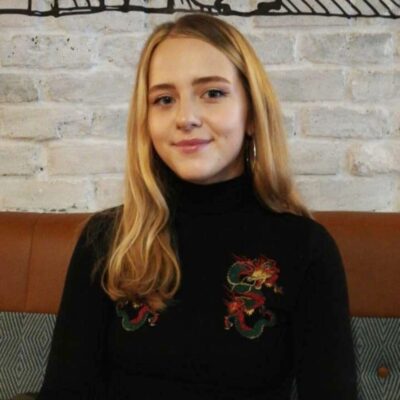 Wiktoria recently graduated from the University of Limerick with a Bachelor of Science degree in Industrial Biochemistry. In the coming years Wiktoria will be researching ‘The role of Post-Translation Modifications on enabling stabilisation of biopharmaceuticals in spray drying’ in the Padrela Research Group, to produce novel biopharmaceutical products with molecular features which will deem them viable for final formulation using spray drying. This project is aimed at facilitating the switch of biopharmaceutical production from batch to continuous, with a special focus on monoclonal antibody production. 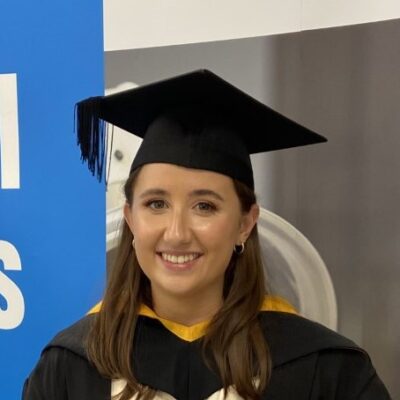 Aoife completed her undergraduate degree in Industrial Biochemistry at the University of Limerick in 2022. She was awarded the Irish Research Council Government of Ireland Postgraduate Scholarship to complete her PhD. Aoife’s research will focus on developing inhalable nanoparticulate powders of therapeutic proteins. 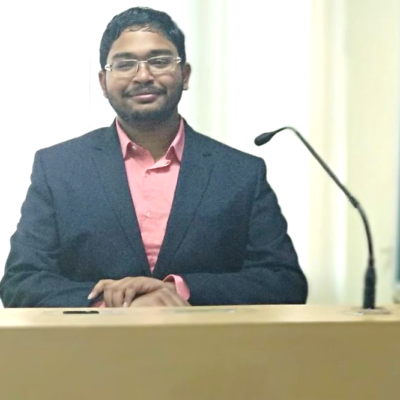 Nandi recently graduated with a bachelors degree in Pharmaceutical Technology at Jadavpur University, Kolkata, India followed by a master’s degree  on generation of dual drug nanocrystals loaded microparticles. Nandi then worked at Dr. Reddy’s Lab, Hyderabad and Bristol Myers Squibb, Bangalore. Nandi is a member of the LongActNow (Marie Skłodowska Curie Actions) PhD project which investigates technology selection for bottom up manufacturing of stable aqueous nanocrystal suspensions for new APIs. The goal of the project is to validate the toolboxes and technologies developed by the other LongActNow projects and apply their findings and methodologies to optimally guide the selection of the most appropriate bottom-up technology and excipients to obtain suspensions with tailored properties for new Janssen APIs. 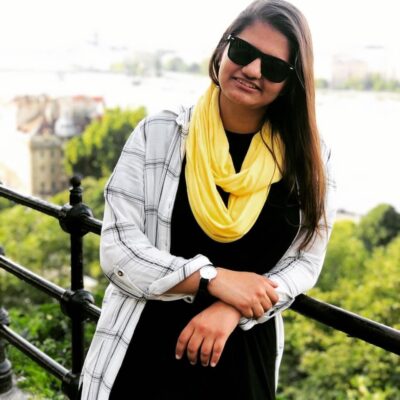 Fatima completed her undergraduate degree in Chemical Engineering from University of Engineering and Technology, Lahore in 2017. After that, she worked as Graduate Trainee Engineer at Effluent treatment plant of a Paper and Pulp Mill in Pakistan for one year. She then completed her Master degree in Membrane Engineering (EM3E-4SW) under Erasmus Mundus joint degree program. She is doing her PhD under the industrial doctorate program, LongActNow (Marie Skłodowska-Curie actions). Her project is titled as “Development of a Membrane-based production process for long-acting suspension of complex active pharmaceutical ingredients (APIs).” She is working at TU Dortmund at the thermodynamic chair. She will also conduct part of her research work at University of Limerick (Ireland) and Janssen Pharmaceuticals (Belgium). The goal of her project is to design a membrane process that can remove organic solvents from API crystal suspensions without affection the physio-chemical properties of APIs. Thus, producing biocompatible and long-acting injectable suspensions.